As our pastor wraps up his series on Jude, the focus of our service is on the glorious doxology of verses 24-25:

Now to him who is able to keep you from stumbling and to present you blameless before the presence of his glory with great joy, to the only God, our Savior, through Jesus Christ our Lord, be glory, majesty, dominion, and authority, before all time and now and forever. Amen. (ESV)

And so it is fitting that our worship through song should celebrate the reign of Christ over all!

All Hail the Power of Jesus’ Name

One of the most popular hymn texts of the last two centuries, these lyrics have been set to several well-known tunes. Our arrangement uses Oliver Holden’s exuberant “CORONATION” tune, arranged by Paul Marino of LifewayWorship.com. While that version is not available to stream here legally, we hope you’ll enjoy this fine arrangement by Brentwood Stair, a band based out of The Village Church.

Crown Him With Many Crowns

Another great hymn arrangement by Don Chapman of HymnCharts.com fits this mid-19th century hymn well as we continue to celebrate the Lamb upon His throne, the Lord of love and of life, who triumphed over the grave!

Glorious Day (Living He Loved Me)

The band Casting Crowns is well known for a number of original songs they’ve written and recorded over the last two decades, but some of my favorites are their “re-tunings” of classic hymns. This one re-imagines J. Wilbur Chapman’s 1910 hymn “One Day” with a new melody (which I quite prefer to the original one), as well as a few additional lines of text.

His Mercy Is More

Though this wasn’t intentional, our song set this week has progressed through hymns written in the 18th, 19th, 20th, and now 21st centuries. Isn’t it wonderful how God is faithful to gift the Church with new hymnody through every age? This is one our congregation is still learning, but we are quickly growing to love it! Enjoy this beautiful rendition by the Boyce College Choir, performing along with one of the song’s composers, Matt Boswell of Providence Church in Frisco, TX.

Singing in the Victory

Another new hymn, this is one we’ll be introducing for the first time at First Baptist Powell this Sunday. It’s from the excellent new album “Everflow” released about two months ago by Austin Stone Worship. Whereas the earlier songs in the set have been heavy in doctrinal truths about our glorious savior (which is fitting, after all, in a service centered around a Scriptural doxology, which literally means “speaking glory” from the Greek words doxa  — “glory” and logia — “saying”), this final song is a deeply personal response to such marvelous truths. Christ is crowned as the Sovereign over all the universe because of the victory He won on the cross of Calvary. As Christians, our singing is rooted in that victory, as we rest in the shadow of His redeeming love. 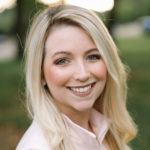 Kara is a lifelong member of First Baptist Powell, and she is married to her high school sweetheart, Perry. After graduating from UT, she attended LMU Duncan School of Law. She graduated with her Juris Doctorate in 2019 and hopes to pursue a career helping some of the most vulnerable members of society upon passage of the bar exam. Kara also serves as FBP and FBA's part-time webmaster. In her free time, she loves being with her family and rescue dog, Hiro. Her greatest desire is to glorify God in all that she says and does.