Have you ever lost somebody? Upon losing somebody, there comes moments of motionlessness. Several years ago we had lost my grandfather to lung cancer. I remember my mom getting the call around 2 A.M. that he had passed away. As we drove to their home, everyone in the car was quiet. No radio, no conversation. When we arrived at the house, there my grandfather laid at peace in the hospital bed. No more pain, no more suffering. I remember us sitting there for quite some time in complete silence.

In Acts 1, Jesus shared these final words with his followers: “It is not for you to know times or periods that the Father has set by his own authority. But you will receive power when the Holy Spirit has come on you, and you will be my witnesses in Jerusalem, in all Judea and Samaria, and the end the earth.”

Following these words, Jesus was taken up out of their sight. Why did Jesus ascend rather than vanishing to heaven? I believe there is some importance for Jesus to leave his disciples in this manner. By ascending, Jesus wanted His followers to know that He was gone for good (physically) as opposed to the way He appeared and reappeared during the 40 days after His resurrection. Yet Jesus was not leaving them empty-handed, but rather with a Helper. John 16:7 tells us that “It is to your advantage that I go away; for if I do not go away, the Helper will not come to you; but if I depart, I will send Him to you.”

Following His ascension, the disciples were caught gazing into heaven by “men in white clothes.” These men said to them “Men of Galilee, why do you stand looking up into heaven? This same Jesus, who has been taken from you into heaven, will come in the same way that you have seen him going into heaven” (Acts 1:11). The disciples must have been experiencing some deep loss. Their Master, their King, the One whom they’ve devoted their lives to for the past three years has now ascended away from them. They were motionless. Thankfully, these “men in white clothes” came along to put the disciples’ attention in the right place (obedience to Jesus’ command to return to Jerusalem), not in wondering where and how Jesus went. They were told to go to the ends of the earth, but rather they stood gazing up into heaven.

Following this gentle nudge by the angels, the disciples began to move. They returned to the “room upstairs” with the other disciples not to reflect and be motionless again, but to pray with one another. Acts 1:14 tells us that “They were continually united in prayer, along with the women, including Mary the mother of Jesus and his brothers.” In the Gospels, it seemed like the disciples always fought and bickered. What changed? Peter still had the history of denying the Lord; Matthew was still a tax collector; Simon was a zealot. Their differences were still there, but the resurrected Jesus in their hearts was greater than any difference.

In student ministry, I have young people who come from all different walks of life and educational backgrounds (home school, public school, and private school), so amongst them is a great amount of differences. Despite their differences, however, there is one common denominator: Our citizenship is found in Christ. Ephesians 2:19  tells us “So, then, you are no longer foreigners and strangers, but fellow citizens with the sants, and members of God’s household.” As adopted sons and daughters of God, I pray that when troubling times arise, and they will, we will not stop and be motionless, but rather unite together in prayer and recognize the mission we have been given: To proclaim the gospel. 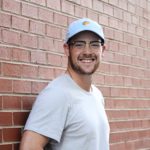